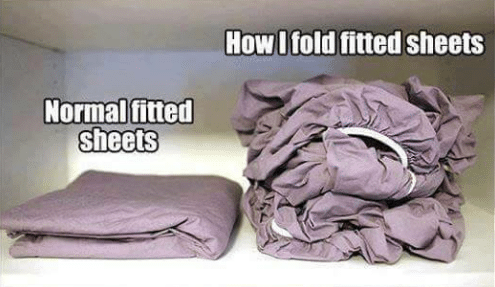 Did you know that Ruth, the lady whose story is told in a book in the Hebrew Scriptures that bears her name, was an illegal immigrant?

How does that fact affect your view of the immigration issue that heats up our country?

I talked about Ruth in my teaching last Sunday in our series “What Would Jesus Say About…”.

The issue about which we tuned our ears to Jesus was immigration.  Christians often agree with the many  “be kind to foreigners” verses in both the Hebrew Scripture and Christian Scripture, but they also often add this caveat: “Yes, but those were legal immigrants.  Since illegal immigrants are lawbreakers they shouldn’t have any rights.”

Ruth was an illegal immigrant.  She’s from Moab.  One of those countries.   Check out Israel’s policy toward immigrants from Moab:

Look at Deuteronomy 23:6: “You shall not seek their peace nor their prosperity all their days forever.”

The Hebrew of this verse is colorful.  Check out these different translations:

Never seek a treaty of friendship with them – NIV

Never seek their peace or their prosperity- NASB

Don’t wish for their peace or success – NCV

Don’t be concerned with their health and well-being – CEB

Ok.  I get it.  The message is clear.  Don’t give a hand to help the Moabite and Ammonite.  They’re not good people.

Here’s the wrinkle.  Boaz, the hero of the story, flagrantly disobeyed Moses’ law.  He showed Ruth, and her mother-in-law Naomi, kindness, provided food for them, pursued their welfare, helped them succeed.  And friendship?

Oh, Boaz went way beyond friendship and got intimate with Ruth.

Follow that intimacy down the family tree and we arrive at Jesus – Jesus, the Son of David (Matthew 1:1).  Ruth and Boaz were great-grandparents of David.  Jesus was the “Son of David”, and David was the great-grandson of an illegal immigrant mother and a law-breaking father.

Boaz, like his descendant, Jesus, chose love over law.  Kindness and compassion over keeping the rules.

What would have happened had Boaz obeyed the law?

I get that nations have a responsibility to protect their borders.  I’m not campaigning for illegal immigration.  Here’s what I’m thinking:

* Jesus said his kingdom is not of this world.  As a follower of Christ, I am, foremost, a citizen of that kingdom. For me, that citizenship takes precedence over my U.S. citizenship.  I am to embrace and express the values of His kingdom – values of love and service to the least of these.  How can I live in the  kingdom of the U.S. and live by the principles of the kingdom of Heaven?

*What should be my motivation?  Respect for the law or love of people?  Let’s not forget that it was famine and death that compelled Ruth and Naomi to migrate to the land of Israel.  The same story can be told millions of times today.  Think about the words of an immigrant from Kenya, Warsan Shire,

“No one leaves home unless home is the mouth of a shark.”

Maybe I should have more compassion for people in horrible situations?

So, if God broke the Mosaic law, or used a law breaker and an illegal immigrant to bring Jesus to us, lifting love and compassion over law-keeping, what might God think of people today who challenge the law for the cause of love?  Think about it.