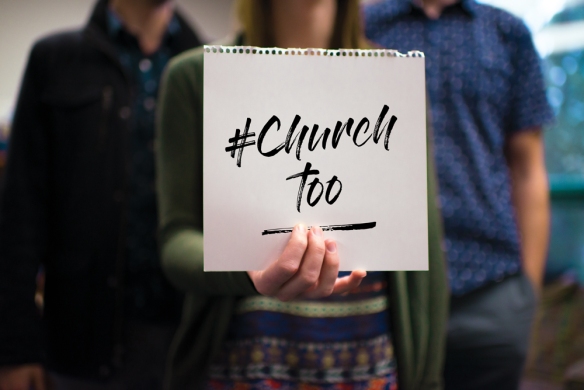 2017 was the year men learned that they can’t mess with women anymore. That’s a good thing.  Does anyone else remember the line from “Network:” “I’m mad as hell and I’m not going to take this anymore!”

That’s what we’ve heard from women assaulted by:

Now we can add Paige Patterson to the list.  For those who don’t follow news from the Southern Baptist Convention (SBC), check it out here and here.

Dr. Patterson is a giant in the SBC.  He, along with Judge Paul Pressler, orchestrated the fundamentalist take-over of the SBC and has been a strong voice for fundamentalism in his position as a two-time President of the SBC, as President of two SBC seminaries, Southeastern Baptist Theological Seminary, in Wake Forest, NC, and Southwestern Baptist Theological Seminary (SWBTS), in Ft. Worth, Texas, the school from which he has been fired for his misogynistic views and statements.

Dr. Patterson’s removal came only after women stood up and spoke out.  It started with Megan Lively, a former student at Southeastern Seminary who was told by Patterson not to report an alleged rape to police.   It was then discovered that Dr. Patterson advised an abused wife to return home and pray for her husband.  When she came back with two black eyes, he told her he was “happy” not because of her bruises but because her husband felt guilty after beating her and had accepted Christ. (I know so many pastors who have given similar advice to abused women. “Submit” to your husbands and all that…). The discovery of other incidents led the board of SWBTS to fire Dr. Patterson on May 30, 2018.

My interest in the story of Dr. Patterson stems from my roots in the SBC.  It was the denomination of my birth, childhood, and higher education.  I graduated from SWBTS under the Presidency of Dr. Russel Dilday, who was, ironically, fired by the very fundamentalist ideology represented by Dr. Patterson.  Dr. Dilday was fired for not being conservative enough. I first met Dr. Patterson when he was preaching a revival in the First Baptist Church of Batesville, Arkansas and the youth choir from First Baptist Church in Little Rock, of which I was a member, was singing.  Dr. Patterson was a good preacher.  I liked his sermon.  It kept my attention.  Very persuasive.  He could not, however, persuade the board to retain him.

The #MeToo movement has reached the church.

As a Bible student and spiritual seeker, a Christ-follower,  I have to put it out there for us to consider:

Is misogyny a direct, logical outgrowth of the patriarchy and sexism inherent in certain Biblical writings?

Here’s what I’m talking about:

The very first story.  Adam and Eve.  Adam is presented as the apex of creation.  Eve? An afterthought. Eve is pictured as morally weak, responsible for sin coming into the world.  Adam was even reprimanded by God for “listening to his wife.”   Then there’s the whole “he shall rule over you” statement to Eve.  Right out of the gate, the order is established:  Man is the ruler.  Woman is the subject.

Does this story reflect the heart of God or does it reflect the religious understanding of an ancient people?

Move on to the Ten Commandments which is, to many, the foundation of their ethical and moral lives.  Check out the “Covet” command.  Don’t covet the possessions of your neighbor – things like his house, his wife, his male or female servant, his ox or donkey, or anything else that belongs to your neighbor.  A wife is one more piece of property – listed between a man’s house and his servants.

Wanna New Testament example of misogyny?  1 Corinthians 11:7-9 tells us, in case we didn’t know, that a man is the image and glory of God, but not woman.   Woman is the glory of man. Sorry, women, I guess without us men, you’d never be able to reflect God.

A particular reading and understanding of these and other passages can create a misogynistic view and treatment of women. Has it?  I think so.

The Bible presents an ethic of progression…a trajectory.

The Bible does not always give us the last word on an issue.   Instead, it initiates a trajectory that leads to an ultimate ethic.  It’s true with slavery.  The Bible condones slavery – pure and simple.  Yet, we condemn it.  Why?  We recognize an ethic that goes beyond the Bible.   It is also true with women.  So, will we live out an ethic that men are superior to women or follow the trajectory of the Bible that leads to an ethic of absolute equality?

Thank you women for standing up and speaking up.  We’re listening.