Denise and I attended the Springfield NAACP Martin Luther King Jr March and Celebration this morning.  The marchers gathered in the MediaCom Ice Park beforehand.  Making our way through the crowd I saw Steve Pokin a friend and reporter for the Springfield News-Leader.  I respect Steve so much and thoroughly enjoy his columns.

I stopped to say “Hello” and then saw that Steve had in his hands the tools of his trade: a pad and pen.  Merging friendship and work together, Steve, asked, “And why are you here?”

I was caught off guard… After linking a few disjointed thoughts together, I shouted out to Denise who was talking to someone else, “Hey, Niese, look who’s here!  Steve Pokin.  He has something to ask you.”

As we marched through downtown Springfield I thought more about Steve’s question:  “Why am I here?”

I too grew up in church.  My father, both grand-fathers, one great-grandfather, three uncles were preachers.   Preaching/Pastoring felt a bit like a family-business.

I love his pastor’s heart.  I love that his drive toward social justice came from the spirit of Christ.  He heard Jesus say to him, “Stand up for justice.  Stand up for truth.  And lo, I will be with  you until the end of the world.”

*  I’m here to honor Dr. Martin Luther King, Jr and to publicly align myself with his ideals – Love over hate.  In a sermon delivered to the Dexter Avenue Baptist Church in Montgomery, November 17, 1957, Dr. King expressed the heart of the movement in these words, ““To our most bitter opponents, we say, ‘Do to us what you will and we will continue to love you…Throw us in jail and we shall love you.  Send your hooded perpetrators of violence into our community at the midnight hour and beat us and leave us half dead, and we shall love you…We shall so appeal to your heart and conscience that we shall win you in the process, and our victory will be a double victory.’”

“We must meet hate with love” were his words then.  I want them to be my words now.

* I’m here to express solidarity with others in the march.   I want to align myself with them as well.  In a sermon deliverd in 1954, Dr. King directed his words toward whites, “I have seen many white people who sincerely oppose segregation and discrimination.  But they never took a real stand against it because of fear of standing alone.”

Denise and I weren’t alone this morning.  We stood and marched with a diverse group of people – diverse in color, income, religion – but united in love and the desire for justice.

* ”The ultimate tragedy is not the oppression and cruely by the bad people but the silence over that by the good people,” Martin Luther King, Jr.

I am not saying I am good and others are bad.  I am saying I do not want to be guilty of oppression, cruelty or silence.  I was there because I want to be:

The official march came to an end about hour later…but Denise and I want to continue the march.  I’m reminded of a hymn we sang in the Baptist church of our childhoods,

Come ye that love the Lord, and let your joys be known.

We’re marching upward to Zion, the beautiful city of God.

Then let our songs abound and every tear be dry.

We’re marching upward to Zion, the beautiful city of God.

We had joined people, in song, in sweet accord this morning.  Together we will continue to march to create a fairer world, a beautiful city of God, of shalom, fulfilling Jesus’ prayer that:

“Thy kingdom come, thy will be done, on earth as it is heaven.” 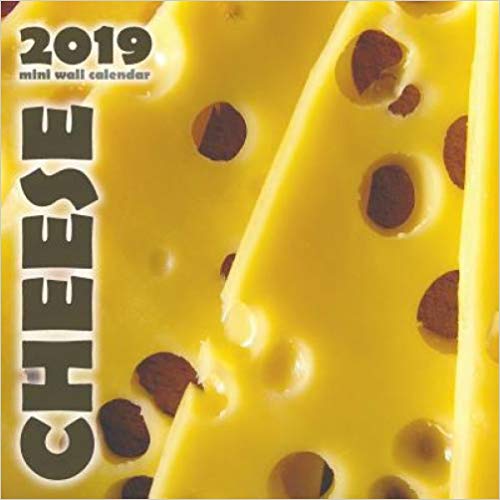 The Wrights are adding a big block of cheese to our menu today…
It’s not just because I’m a cheesehead -not the NFL Packers kind – just a lover of cheese (goat cheese), but because of an event that happened on New Year’s Day 1802.

January 1, 1802, Baptists of Cheshire, Massachusetts, sent a giant block of cheese to President Thomas Jefferson.  The big cheese (a 1,200 pound cheese wheel) was delivered by the Baptist pastor, John Leland to the President as an expression of “thanks” for his stand on religious liberty for all – even for the irreligious and non-religious.

“Religious Liberty” meant something different to them then than it does to many in the U.S. now.  It seems to me that some today define religious liberty as “freedom to impose my religion on everybody.” It seems that some religions are “more equal” than others.

Baptists in the days of Jefferson and Leland would not recognize many Baptists and other evangelicals today in regard to their views on religious liberty.

In the days of Jefferson and Leland, Baptists were among the discriminated class.  In many communities, being Baptist or anything other than the state-approved religion, was grounds for persecution and imprisonment.  Yes, the Puritans had sailed to these shores seeking freedom of religion, but freedom of their religion only.

Do we have some Puritans hanging around today?

Are Evangelicals today, the discriminating class?

As Francis L. Hawks wrote in Ecclesiastical History, 1836: “No dissenters in Virginia experienced for a time harsher treatment than Baptists.  They were beaten and imprisoned, and cruelty taxed ingenuity to devise new modes of punishment and annoyance.”

Baptist John Leland, who pastored in both Massachusetts and Virginia demanded not just toleration, but equality.

Are we demanding equality for all religions? Shouldn’t we be?

Back to the cheese:

*Pastor Leland enlisted the ladies of his Baptist congregation to concoct the giant cheese.

*Leland, a passionate abolitionist, also carefully made sure no slaves were used to make the cheese.

Jefferson wrote a letter that day.  From that letter we get the phrase, “wall of separation between church and state.”  The letter was addressed to a different group of New England Baptists.  Baptists from Danbury, Connecticut were concerned that their religious liberty was at risk because of a government that sanctioned one religion over another.  Their religion was not the sanctioned religion. Don’t you just hate it when that happens?

Baptists were the minority, the outcasts, the heretics.

So it was party time for the Baptists when  Jefferson, an outspoken proponent of absolute religious liberty for all, was elected President.  Danbury Baptists wrote a letter to the President expressing their delight in his election and hope for his assistance in disestablishing Connecticut’s official religion.

Jefferson composed his reply to their letter on the day he received the cheese from Baptist pastor John Leland.  I wonder it the “religious freedom cheese” reminded him, “Oh, I forgot to respond to the Danbury Baptists!”

Anyway, in this letter, Jefferson stated:

“I contemplate with sovereign reverence that act of the whole American people which declared that their legislature should ‘make no law respecting an establishment of religion, or prohibiting the free exercise thereof,’ thus building a wall of separation between Church and State (emphasis mine).”

I love that wall.

I appreciate that wall.

Without that wall it could be my religious views that are considered heretical and illegal.

Think about this history when you see government sponsored religious displays – whether it is a cross in a public park, or religious slogans on government property.

Ask ourselves the questions:

Why have I turned God into the God of my tribe?

On this New Year’s Day, I will enjoy a chunk of cheese with my black-eyed peas  and contemplate these words from Catholic Mystic, Nicolas of Cusa, “God is an infinite circle whose center is everywhere and whose circumference is nowhere.”

I worship a God who is inclusive enough for all and appreciate a country established on the principle of liberty for all.